Buying tickets to an event you can actually dance is something that has been missing from our lives for far too long. But this year’s incredible Warehouse Project lineup might have just made the wait worth it. With nights curated by Four Tet, Defected, and Worried About Henry, the demand for the dance floor has never been higher.

Since 2006 The Warehouse Project in Manchester has been carving its place in the UK club scene. Running as a seasonal venue for 5 months a year, the bookings are always stellar and tickets sought after. Over the years, the home of WHP has moved from its beginnings at Boddingtons Brewery in Strangeways to space under Manchester Piccadilly Station to its current home at Mayfield Depot. Though the venues may have changed as WHP has grown, the beating heart of what makes it so special remains intact.

Over the last 15 years, Warehouse Project has played host to some of the biggest names in the underground music scene. Cutting edge dj sets from the likes of Carl Cox, Annie Mac, Seth Troxler, Aphex Twin, and Nightmares on Wax plus musical performances from De La Soul, The Prodigy and, Basement Jaxx have cemented its place at no 26 in DJ Mag’s top 100 clubs. Without even meaning to, WHP rewrote the rulebook for the UK clubbing experience, landing it well and truly on a list of destinations to be discovered by party heads.

This year’s selection of nights carefully curated by DJ’s, record labels, and WHP themselves is no different. Spanning the genres of dance music, Friday and Saturday night performances include everything from dreamy liquid d’n’b to hard-hitting techno and uplifting house beats. Pre sale tickets will be available from Wednesday 7th July and all other tickets will go on sale at 10am on 9th July.

Kicking off this year’s series of nights the internationally acclaimed figure of female power, Megan Thee Stallion who rose to fame spitting bars on Tik Tok. In 2020, she collaborated with Cardi B on the controversial track ‘WAP’ which was later named NME’S single of the year. The explicit nature of the lyrics received a lot of backlash, mostly from men, who seemed to be shocked and offended that two women were taking back ownership of their bodies with some things to say on female pleasure. Can you imagine…. Fellow American rapper Princess Nokia also joins the bill alongside British rapper and DJ Shygirl, North London based songwriter and rapper Tion Wayne and GCDJ (Girls Can’t DJ) founder Jordss who ‘s night’s showcase female and non binary talent

If you were lucky enough to get tickets for Repercussion Festival  are in for an absolute treat. Curated by WHP, Boiler Room and Keep it Unreal, this eclectic section of artists embraces everything there is to love about dance music. The mastermind behind Said Dub, Nuits Sonares and LesAlpx aka Floating Points heads the bill alongside jazz inspired soulful singer/producer New Zealander Jordan Rakei.  Drum and Bass veteran LTJ Bukem picks up the tempo of the night whilst Mr Scruff will undoubtedly add an element of fun to the night with music inspired by elctro/ska/hip-hop and disco. Other mentionable names include Jayda G, Moodyman, Ben UFO, George Fitzgerald, Kamaal Williams and Jamz Supernova. A lineup of true musical wizardry… no wonder it sold out so fast.

WHP & Eat Your Own Ears curated by Four Tet

You know anything curated by Four Tet is gonna be good and this lineup is no different. Covering all the bases of electronic music and headlined by the man himself, dancing all through the day and into the night is a prerequisite. Musical connoisseur Hunee will be on hand to provide a world music flavour combined effortless with disco sounds, Joy Orbison of Hotflush Recordings takes a darker approach to the dancefloor serving up an amalgamation of hypnotic beats and industrial sounds. With a career that’s spanned more than 3 decades, Goldie’s sets have become legendary, shifting from the 4/4 feel of the night expect heavy basslines, choppy breakbeats and nostalgic vocal samples from this formidable dj and producer.

Friday 22nd October
Depot/Concourse/Archive
A big one for drum and bass and jungle heads, Worried About Henry presents a line up worth raising the trigger fingers for. Featuring the pioneering duo Chase & Status alongside liquid d’n’b champions Hybrid Minds, there’ll be an ebb and flow of heavy and delicate musical moments.  Crammed with sets from some of the most popular double teams about, the likes of Serum b2b Randall, and Voltage b2b Bladerunner from Kings of the Rollers is bound to feature foghorns, pull ups and inventive sound design. Combining a mix of breakbeats, 4/4 rhythms and bassline infused sound, My Nu Leng, Flava D and TS7 will take over Concourse giving party goers a change from snares and hi hats. 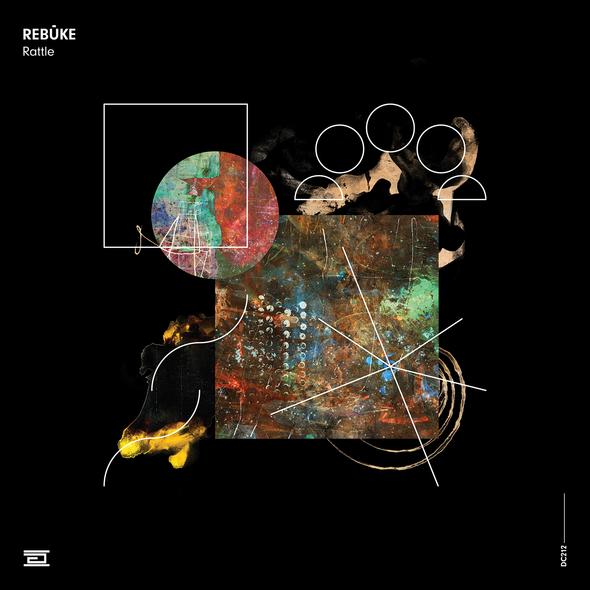 As the nights draw in and the temperature drops, Swedish techno label Drumcode take over Depot Mayfield for a night of house, tech house, acid house, minimal techno and darker industrial sounds. Since the label began in 1996 it’s grown to become one of the most prestigious techno labels, now featuring artists from all over the world. In August 2018 it was announced that Drumcode is the highest selling techno label on Beatport which is no surprise considering their roster. Founder Adam Beyer will bring together Alan Fitzpatrick, a dj renowned for commanding an audience, Rebuke who’s seminal ‘Along came Polly’ ejected him into the big leagues and Danish  producer Kölsch who’s 2013 album 1977 delivered a clash of lucid trance and melodic motifs. Also joining the bill is Lilly Palmer, Ida Engberg, Mark Reeve and Victor Ruiz. This is bound to sell out so don’t sleep on it, head to the Warehouse Project’s website to book tickets now.

To celebrate spooky season, Radio 1 DJ and certified queen of the dance Annie Mac is joined by dubstep turned house icon Skream who’ll be going b2b with Bristol based party head Eats Everything. The second night of Halloween specials has a house and techno focus with Mella Dee, Krystal Klear and Adelphi Music Factory. Prospa will be adding a flare of classic rave culture to the night with influences from The Chemical Brothers and The Prodigy whilst Holly Lester shakes it up with a set sprinkled with intense rhythms, hypnotic melodies and euphoric build ups. 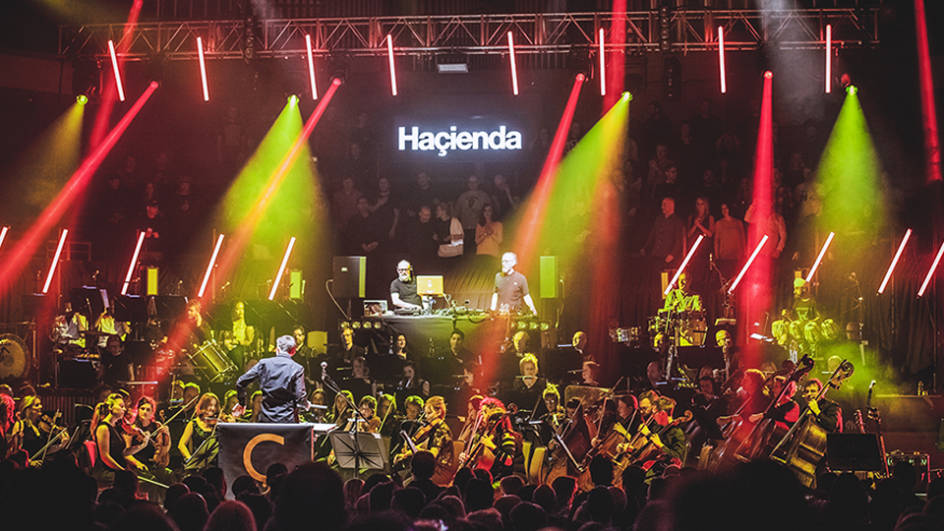 Once known as Manchester’s cathedral for dance music and rave culture, The Hacienda’s legacy still remains more than 20 years after it closed its doors for good. The club night was notorious for putting on some of the best artists during the 1980’s and 1990’s but today the 16 strong orchestra known as Hacienda Classical play reimagined dance floor classics indluding ‘A DJ Saved My Life’ and ‘Move Your Body’. Grammy award winning producer David Morales who’s track ‘Needin You’ still pops off on dance floors  will join the night alongside Graeme Park, Jon Da Silva and Peter Hook.

Saturday 4th December, 18:30 – 04:00
Depot Mayfield
Belfast born, London based duo Bicep take over the WHP for a night of heavy techno laced with deep house and disco. Having played at WHP several times before, Bicep are notorious for putting on a show where the visuals and audio are equally as encompassing. Jon Hopkins, another artist well know for trippy imagery and incredible light shows will also be joining the roster for a DJ set that spans the genres of electronic dance music with a sprinkle eclectic and progressive techno and house selections. Joining them is Mall Grab, India Jordan and Krysko. If you weren’yt lucky enough to grab tickets, Bicep are playing the following night for an evening affair which tickets are still available for.